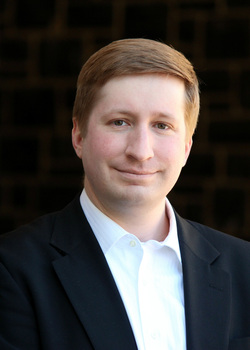 Also active as a percussionist, Eric was a founding member of the GRAMMY-nominated Los Angeles Percussion Quartet and has performed with orchestras and chamber ensembles across the country.  During his time with LAPQ, Eric presented concerts throughout California and recorded his work Ritual Dances at Skywalker Sound on the Sono Luminus label. Eric made his Carnegie Hall debut in 2011 performing as soloist with the New York Youth Symphony in the premiere of his work Meditation and Awakening for percussion and orchestra.  The New York Times subsequently described the work as "engaging," praising its "shimmering colors" and "frenetic energy."  Eric has also performed as soloist with the Downey Symphony and the University of Southern California Thornton Symphony and regularly performs with the Shenandoah Valley Bach Festival and Staunton Music Festival in Virginia.

Eric founded the new music website Composers Circle and curated the site from 2012 through 2016, featuring one composer and one piece every day.  The site aimed to increase exposure for composers by sharing a wide range of recent recordings of new music with a broad audience.  During its nearly five-year run of programming, it featured over 1,500 works by more than 900 composers from 30 countries, and the project was featured in an in-depth interview in the Society of Composers, Inc. newsletter in February 2015.  To date, composers Circle has been viewed by more than 70,000 unique visitors from 160 countries.

Eric received Bachelor of Music Degrees in Composition and Percussion Performance from Indiana University and holds Masters and Doctoral degrees in composition from the University of Southern California Thornton School of Music.  Eric joined the faculty of the James Madison University School of Music in 2013 and is currently Associate Professor of Composition.
Last updated January 27, 2022